VIEW ALL CAUSES
NEXT CAUSE

Organize charity bazaars and cultural events intended to provide additional funding to the foundation (eg sales of works of art or clothing designers). 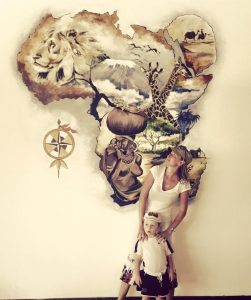 The term Environmental Art, is used in two different ways.
The term can be used generally to refer to art dealing with ecological issues and / or the natural, such as the formal, the political, the historical, or the social context.

It is possible to trace the movement of environmental art in the late 60s and early 70s. Initially, it was rather associated with the sculpture and had been built on the critique of traditional forms of sculpture which are considered outdated and not environmentally friendly. Today, this approach to art covers many areas.
Recently, the art of “sustainable” has emerged as an alternative art environmental or ‘green art “, considering that sustainable development represents a challenge for contemporary art as a whole.
Vegetable Art is an art movement involving artists taking up the cause of the plant world and have incorporated, in one way or another, their own approach. This could be the definition of an artistic movement which in any case, corresponds to a current reality.

It is also in the sense that the environmental culture suggests the ecological adaptation of humanities habitats, biophysical and deployment of the sociological interest of human cultures for specific discernment between perception and action with a biosphere hand. With nature and culture of mankind in the biosphere on the other. 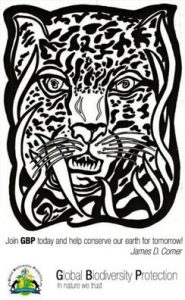 Global Biodiversity Protection likes and recommends you the work of painters James D. Comer, himself very involved in the fight for the environment and Mumira artist from Kenya. You can find and if you wish, buy they creations at the following address: James D. Comer lovearts1@yahoo.com or Mumira at:

Mumira is a modern artist born in 1980 and concentrate on figurative paintings exploring various topics. He observes and presents real places and real people in real situations.

Mumira born talented in oil painting started painting at the age of 8 years with his cousin who is also a renowned artist here in Kenya. Mumira paint on medium of oils concentrating on figurative painting exploring diverse topics and pictured with landscaped environment and animals.

He has been exhibiting his arts here in Nairobi and most people have recognized his art both local and foreigners.

Upon moving to New York City (Queens) in 1991, James began a research and design period whereas he outlined several “American MusicLegacies” edutainment show concepts and a Edutainment  Telephon concept (APT). As time goes by James incorporated his American Music legacies series into a broader based “LOVE ARTS CAMPAIGN” ~ Greater Learning and Economic Development Through Arts (available). He also began his pen and ink pop style sketches in the 90’s to illustrate his projects which include important music legends, silver screen moguls and stars and over 2,000 classic film charactures plus 100’s of other designs and montages ~  Food Arts, Fashion Arts, Architectural Arts, more.

In 2003 he moved back to his home State of Ohio where he continues to promote the Love Arts project and other issues he believes important and positive for a better tomorrow and the future of our grandchildren. In the last few years in addition to his pop art graphics, James has created several paintings, written two plays – scripts, and also created  four books of his illustrations ( in search of a publisher ) ~ A Love Arts Campaign edition, two Movie works volumes (I. 1895-1949; II. 1950-2005) and a special Fabulous Fifties Movies and Trivia book. Currently James is working on one of his Music-Edutainment Show concepts “Get The Whole World Dancin” and working to promote other great organizations.