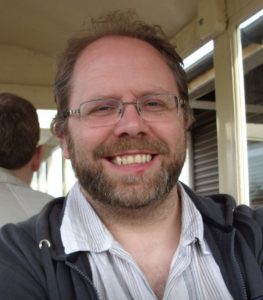 Graeme Wilson is a well respected conservationist who has dedicated his life to protecting our biodiversity and encouraging others to do so. He is currently in charge of The Wildlife Information Centre (TWIC), the Biological Records Centre that covers south east Scotland. He is also responsible for managing the Scottish Biodiversity Information Forum Coordinator, an important national post that is based at TWIC. As well as his work at TWIC Graeme is also a freelance ecologist that undertakes species and habitat surveys, as well as leading biodiversity educational events.

Prior to this he worked in local government, spending over five years as Midlothian Council’s Biodiversity Officer. Graduating from the University of Strathclyde with a B.Sc. (Hons) in Environmental Bioscience in 1996 he joined a Scottish Wildlife Trust (SWT) training team based at Cumbernauld, gaining a Scottish Vocational Qualification (SVQ) Level 2 in Environmental Conservation: Landscapes and Ecosystems. He then became the Project Supervisor of SWT’s Berwickshire Countryside Project delivering the same SVQ to a team of up to 24 trainees who carried out biodiversity improvement projects across the Scottish Borders and beyond. After three years he moved on within SWT to be an Education and Lifelong Learning Co-ordinator and then Site Manager at Grangemouth’s Jupiter Urban Wildlife Centre. His next post was as Environmental Education Co-ordinator at Paxton House in the Scottish Borders, followed by over three years as an Environmental Community Development Fieldworker with the Scottish Borders Rural Partnership’s Rural Resource Centre, before moving onto the Biodiversity Officer post.

Graeme is also a co-founder of the Lothians and Borders Mammal Group and a Director of the Berwick Swan and Wildlife Trust. He writes regularly for two newspapers, as well as writing articles about his work for various publications. As well as being a committed conservationist Graeme has also been a voluntary youth worker for more than half his life working at local, national and international level, including a trip in 1995 to Ethiopia to look at the problems faced there, including environmental issues. 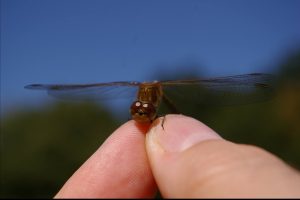 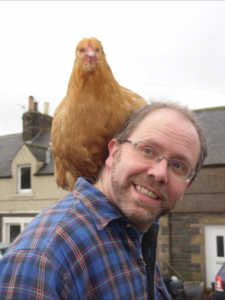 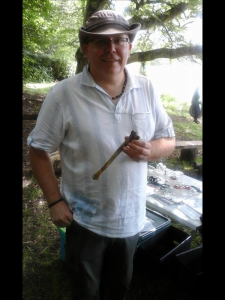