Dr. Eric K. Noji is a physician with over 25 years of experience working in the fields of global and environmental health, disaster relief, humanitarian assistance, reconstruction, emergency preparedness and crisis monitoring. He has served as Senior Technical Advisor, Team Leader, Program/ Project Manager, and consultant on numerous occasions to solve a wide variety of medical and public health problems for government agencies such as FEMA and the US State Department, NGOs such as Save the Children and Medicins san Frontieres, and international organizations such as USAID, WHO, UNICEF, and the World Bank.

A native of Hawaii, Eric Noji is a Phi Beta Kappa graduate of Stanford, and completed his medical studies, graduate work and residency training at the University of Rochester, the University of Chicago and the Johns Hopkins Bloomberg School of Public Health. Dr. Noji was a member of the full-time faculty at the Johns Hopkins University School of Medicine and an Attending Emergency Physician at the Johns Hopkins Hospital prior to joining the Centers for Disease Control (CDC) in 1988. For much of his twenty years at the CDC, he coordinated the agency’s domestic and international response to natural and technological disasters, terrorism, violent civil conflict, epidemics, wars and other humanitarian crises resulting in hundreds of thousands of forcibly displaced people. Other positions and assignments during his CDC career included Director of the World Health Organization (WHO) Collaborating Center for Disaster Preparedness; Chief, Health Studies Branch, Division of Environmental Hazards and Health Effects, Associate Director of the Bioterrorism Preparedness and Response Program at the National Center for Infectious Diseases; Senior Advisor for Crisis Management, Immediate Office of the Secretary of Health and Human Services, Washington, D.C.; Senior Policy Director for Science, White House Office of Homeland Security in the Executive Office of the President; Deputy Medical Director of the Office of US Foreign Disaster Assistance Humanitarian Assistance Mission for Operation Iraqi Freedom; Senior Policy Advisor for Emergency Preparedness and Response , CDC Office of Legislative Affairs in Washington, D.C.; Special Assistant to the U.S. Surgeon General for the Medical Reserve Corps; Senior Science Advisor, Office of the FEMA Administrator 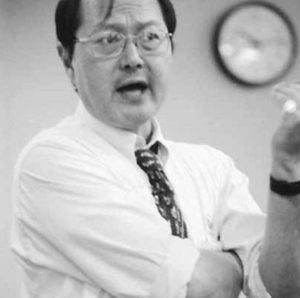 From 1996-2001 CDC assigned Noji to the World Health Organization’s Department of Emergency and Humanitarian Action in Geneva, Switzerland where he served as Director of Global Health Intelligence for Emergencies responsible for monitoring the health of refugees and other forcibly displaced populations around the world (including early warning of pandemic avian and swine flu and other causes of catastrophic life-threatening potential). For his work at the CDC, WHO and other international organizations, Dr. Noji was the recipient of the prestigious Cutler Award for outstanding achievements in Global Health (the previous recipient was D.A. Henderson, architect of the global eradication of smallpox). Noji’s acceptance speech on the evening of September 29, 2006 was web cast around the world live to 100 countries and over 1.5 million people – the largest audience for an academic lecture in history (as of 10 November 2011, over 3.2 million people have viewed his lecture on the “Health Consequences of Disasters and other Emergency Health Crises”).

Eric Noji is the author or co-author of over 250 scientific articles and publications on disaster medicine, field applications of epidemiology in mass emergencies, clinical toxicology and the public health response to natural disasters, terrorism, weapons of mass destruction, refugee crises, famine and complex humanitarian emergencies. Noji’s Public Health Consequences of Disasters (Oxford University Press, 2003) is still the most widely used educational textbook on the topic of public health preparedness. In 2005, he was elected to the prestigious Institute of Medicine of the National Academies of Science for pioneering work in establishing the scientific basis for the public health response to natural disasters, refugee crises, global climate change, technological emergencies, food and water security and other environmental hazards and health effects such as threats to global biodiversity. From 1999 to 2008 served as President of the Society of Alumni of the Johns Hopkins School of Hygiene & Public Health. Dr Noji is an adviser or board member of several major corporations, nonprofit organizations, and government advisory councils and commissions and continues to regularly advise senior government officials, international organizations, foundations, corporations and to organizations that provide humanitarian aid, reconstruction assistance, and emergency preparedness training advice regarding global risk intelligence strategies, catastrophic risk management solutions, evolving humanitarian trends, newly emerging global health threats and enterprise crisis management strategy. 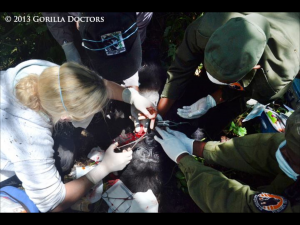